Architects SANAA have received a lot of attention lately, especially after having won the Pritzger Prize.  i find this project, the Rolex Learning Center, to be an interesting one. 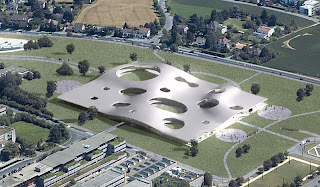 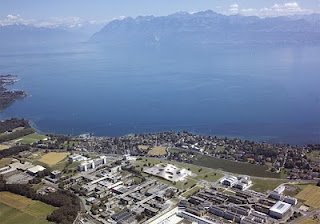 archiCentral
The program is for a learning center for the Ecole Polytechnique in Lauzanne, Switzerland, which includes a library, auditorium, conference spaces, large forum, cafe, and restaurant.

The undulating form is a perversion of bumpy Switzerland, the building sitting as it does on a flat site near the lake, yet offering hills and dales in a floor that rises and falls, seemingly without reason except to create interesting effect.  Apparently the undulating floor and courtyards are used as devices to differentiate the space functions without having to resort to walls, which are practically non existent.  This has the effect of creating a curious situation where site and building have been inverted; the site providing a neutral space amenable to human occupation, the building rolling up and down as if in need of earth graders to provide a suitable surface.  The building is essentially undifferentiated in thickness, existing in the abstract as if a strata or membrane, but with no walls it reads as composed of 2 layers, with some form of medium (meaning?) that makes their separation impossible.  The pairing of inseparable membranes, acting as a datum of sorts, with the random undulation of the membrane has an interesting parallel in plan, where the random placement and size of the courts is put in stark contrast to the rigidity of the building perimeter, and recalls an inversion of the French Hotel plan type where an interior order is created within an undifferentiated, random perimeter. 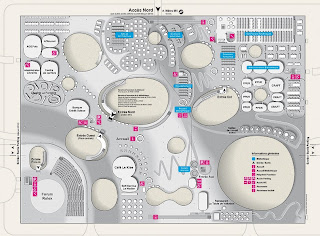 This curious allegiance between the rational and the irrational, carried through in both plan and elevation/section, provides a table of sorts that should be the basis for higher education,  embodying here an institution of higher learning, and seeming every bit as abstract as "learning center". 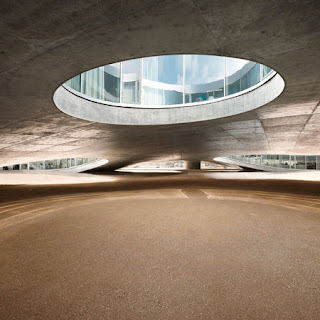 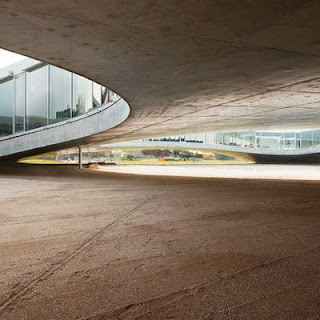 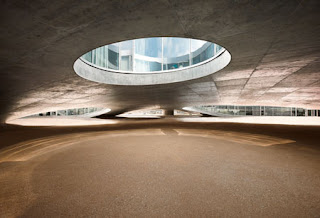 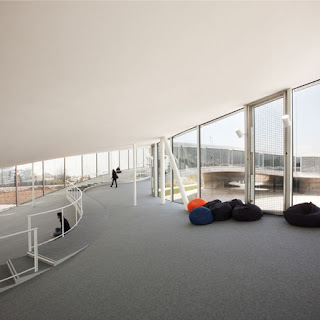 dezeen
i first wished the underside of the slab weren't so pristine, though came to realize that this reinforces the abstractness of the thing.  i first thought this building was for Rolex, and so was interested in how the treatment of the underside as a grotto might create a metaphor for the passing of time, but it turns out Rolex only provided funding; they have no other connection to the building.
Posted by peephorn at 22:58 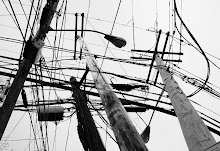 peephorn
tiny lashings, smaller than the hairs over your eyes, pointing to pretty and the occasional Cheshire kitty.